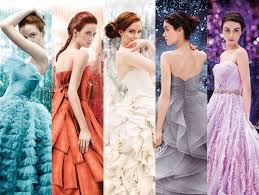 When I first started the series, I was thinking, “Aspen and America are so cute together, omg, they need to get married.”
Like, chapter four, I was like, “Oh my god, I like this Maxon guy…”
Chapter six was like, “WTH Aspen??”
And so on.
Basically, I was like, “C’mon America! Some of us gotta work hard to find love.”
When they finally got their act together (spoiler alert, it was the last book, at the end) I was happy. And sort of content. That’s why finding out there would be another one threw me for a loop.
The Heir:
When I first started to read it, I was bored with it. I wasn’t ready for Maxon and America to grow up yet. They just got married!
But I gave it another go, and I’m so glad i did!
The story is about how Maxon and America’s daughter received the crown and is now having a selection of her own. The daughter- Eadlyn- didn’t want to have a selection, but after a little persuading. she finally agreed to do it. One of the selected boys is Kile, one one the sons living in the castle with her. Everyone thinks that she’ll eventually come to her senses and pick him to marry. (I was one of those persons.)
As the selection goes on, we meet Henri, a man who speaks Finnish, his translator, Erik, Ean Cabel, Hale Garner, Burke Renn. Fox Wesley, etc…
As you’ll notice, our favorite guy Gavril Fadaye (Who I REALLY thought was gay…) comes back, continuing his selection footage as host. A lot of familiar faces make their way to the book, and it’s so much fun to point them out (and hard not spoil who it is), and a lot of questions come up.
As the book starts to end, you worry that Kiera Cass is just gonna leave you hanging…
But she doesn’t.
***SPOILER*****
The Crown:
Thank the book gods for this holy book.
We find out things are gonna be okay for America (We were all worried about our queen)
Maxon stays at America’s bed *Cry*
Maxon and America still dance when it rains *crying*
Eadlyn goes for the wrong guy (unlike her mother), but I guess he’s okay…
***SPOILER OVER***
So tell me what you guys think below, and what I should read next.
Below is the beginning of The Heir:

I could not hold my breath for seven minutes. I couldn’t even make it to one. I once tried to run a mile in seven minutes after hearing some athletes could do it in four but failed spectacularly when a side stitch crippled me about halfway in.
However, there was one thing I managed to do in seven minutes that most would say is quite impressive: I became queen.
By seven tiny minutes I beat my brother, Ahren, into the world, so the throne that ought to have been his was mine. Had I been born a generation earlier, it wouldn’t have mattered. Ahren was the male, so Ahren would have been the heir.
Alas, Mom and Dad couldn’t stand to watch their firstborn be stripped of a title by an unfortunate but rather lovely set of breasts. So they changed the law, and the people rejoiced, and I was trained day by day to become the next ruler of Illéa.
What they didn’t understand was that their attempts to make my life fair seemed rather unfair to me.

View all posts by snowandbooks

This site uses Akismet to reduce spam. Learn how your comment data is processed.